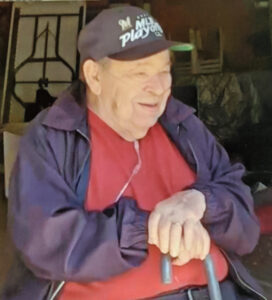 Al was born February 3, 1934 in Thorp, Wisconsin to Anton and Frances (Matera) Laskowski. He served in the Army (from 1951-1954) and was a veteran of the Korean War. Al married Kathy Trewyn on January 9, 1960. The couple was blessed with six children. Alois worked at Sharon Foundry before moving to Beloit in 1964 where he worked for the City of Beloit until his retirement. They then moved to Arkdale – Al then worked for Villa Pines Living Center and the Potato Farms.

Alois was a member of the Arkdale Trinity Lutheran Church.

Memorials may be directed in Alois’s memory to the Arkdale Trinity Lutheran Church.

Alois was preceded in death by his parents: Anton and Frances Laskowski; brothers: Frank, Tony, and Walter; sister, Verna; and son, Anton Laskowski.