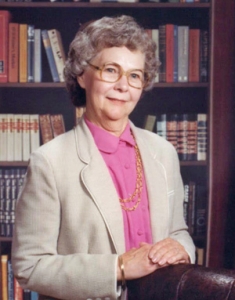 A Memorial Service will be held at a later date. Interment will be at the New Rome Cemetery.

Alleen was born December 19, 1916 in Riverdale, Illinois the Daughter of Herman and Lillian Middleborn. She graduated from Pullman Tech High School in Roseland, Illinois where she studied secretarial skills. She used her skills as a secretary at an Insurance Company and a personal business.

She provided a wonderful and loving home for her family and enjoyed traveling, reading, doing crossword puzzles, cooking and sewing.

Alleen was active in PTA and several card clubs.

She was a member of Faith Reform Church in Wisconsin Rapids.

She was preceded in death by her parents: Herman & Lillian Middleborn and her Husband, John Madderom.

The family would thank Ministry Home Care – Hospice for all the love and care they provided Alleen since January.