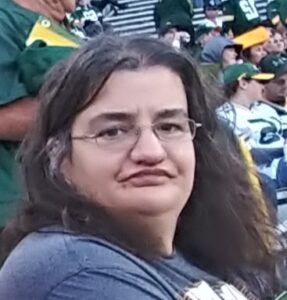 There will be no services at this time. A Celebration of life will be held at a later date in the spring.

April had a passion for all animals big and small. She donated her time and attention to help animals locally and globally. Her efforts ensured dozens of felines and canines were spayed and neutered. As well as helping to find homes for abandoned or lost pets on social media. She had many friends and relatives she helped out by babysitting, pet sitting, house sitting, and tutoring. Her family and friends were extremely proud of her gigantic generous heart as well as her hard work ethic. With this ethic, she joined Lynn & Gina’s Fitness Center and started on her journey of weight loss and health. Her healthy eating and exercise habits she formed remained with her to the time of her passing.