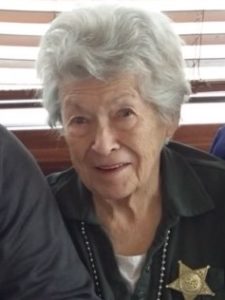 Bette was born February 22, 1926, in Chicago, Illinois to Leroy and Mable (Gorsline) Jones. Bette’s maternal grandparents raised her and her brother, Harold, from a young age following her mother’s untimely death. She graduated from Montello High School in 1944.

Bette enjoyed spending time with her family, music especially her son-in-law’s band, and playing card games and board games with family and friends.

She was a member of Faith Baptist Church in Adams.

Further survived by many great-grandchildren

Bette will be deeply missed by many.