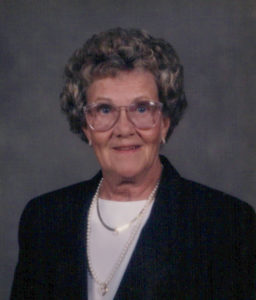 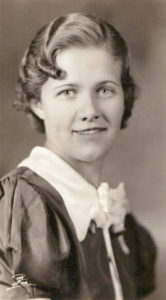 Memorial services will be 11:00 a.m. Friday, July 26th at the United in Christ Lutheran Church in Dellwood, Wisconsin. Friends may call at the church on Friday, July 26th, from 10 a.m. until the time of service.

Interment will be at the Quincy Cemetery.

Beverly was born on July 31, 1919, in LaCrosse, Wisconsin to Ben and Bertha (Pederson) Bright. She graduated in 1937 from High School in Houston, MN. Beverly married Orville “Ole” Findreng on August 15, 1940 in Decorah, Iowa. He preceded her in death on January 22, 1990. She married John Folgers on October 29, 1994. Beverly worked for the State Long Distance Telephone Company for 25 years retiring in 1983. In 1984 she and Ole moved to Adams County where she resided until moving to Elkhorn in 2013.
Beverly enjoyed knitting, crocheting, cooking, playing cards, and wintering in Florida.

She was a member of United in Christ Lutheran Church in Dellwood, LWML, and a past member of the Moose Lodge.