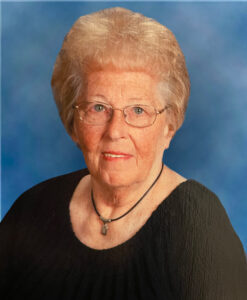 Carol was born November 5, 1934, in Hinton, Iowa to Clinton and Agnes (Kounkel) Richards. She graduated from Hinton High School in 1952. Carol married Lenard L. Mummert on August 23, 1953, in Sioux City, Iowa. They lived in Sioux City until 1962 and then Wauconda, Illinois before moving to Friendship in 1976.  Her and Len owned and operated Len’s Sporting Goods on Cty Z in Dellwood and later worked as a secretary for Len’s Drywall.

Carol was a very active member of Immanuel Lutheran Church, serving in the Altar Guild and was a former church secretary.  She was also a member of the Castle Rock Lions.