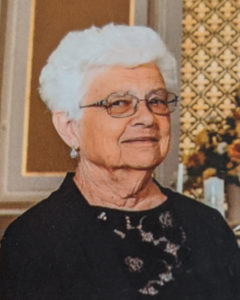 Mass of Christian Burial will be 1:00 p.m. on Sunday, January 12, 2020, at the St. Joseph Catholic Church in Friendship.   Father Francis Dias will officiate.  Interment will be at the St. Leo Catholic Cemetery.  Visitation will be 11:00 a.m. until the time of mass on Sunday the church.

Clara was born on October 25, 1934, in Port Washington, Wisconsin to Nicholas and Cecelia Schmit. She attended St. Mary’s Catholic Grade School through the 8th grade and then graduated from Port Washington High School.