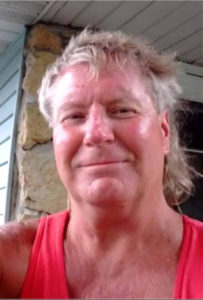 Craig C. Meier, age 62, of Madison/Mt. Horeb/Baraboo. Passed away onto his final journey on Saturday, August 31, 2019 at SSM Hospice House in Baraboo, with his sister Janice by his side.

Craig was born on October 31, 1956. Craig had a lot of tricks up his sleeve throughout his years and had fun with having a Halloween birthday. Craig graduated from Madison Memorial High School. Craig really enjoyed spending time with his kids as they were growing up and always made sure it was a fun time. He also enjoyed all sports – football (Packers), baseball (Brewers), and so many more. He especially enjoyed the outdoors, deer hunting and days at the childhood cottage in Avoca which was on the river. Craig enjoyed being a truck driver and special times with his friends in Mississippi when he could.

Family was very important to Craig, but unfortunately alcohol & addiction ‘had him’ and robbed him of time with his family and friends – to which Craig had many regrets.

The late Rev. Richard Pritchard was a great friend and provided Craig with support throughout the years, which Craig was grateful for and it kept Craig’s faith strong throughout all his challenges even up to the end.

Craig was preceded in death by his parents, Donna (Beale) Meier and Richard Meier in 2015.

Private family services will be held at a later time.

Special Thank You to St. Clare Hospital and SSM Hospice House, Baraboo, for their care and treating Craig with dignity and respect in his final days. There are so many people from these past few years that we are so grateful for. Special thanks to all, but not limited to Carrie, Betsy L., Stephanie, Kathy, Susan, Cherie, and so many others that have gone above and beyond. Please know that Craig was lucky to have you supporting him through all his challenges.