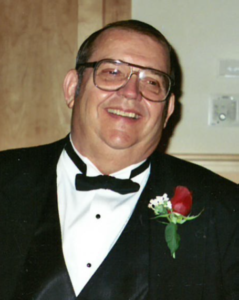 Dale was born on September 9, 1938, to John and Mary (Juriga) Jefferson, in Racine, Wisconsin. The family spent several years in Rockford, IL, before returning home to Adams County and the farm near Arkdale. Dale graduated from Adams-Friendship High School in 1956 and completed UW-Madison’s Agriculture Short Course program before returning to the farm.

In 1960, he married Eileen Roberts Kelly, becoming step-father to her two children, Don and Chris. They had one son, John, before Eileen passed away. In 1966, he married Judy Wendt and they had two sons, Mark and Larry. In 1986, he left Arkdale and lived in Arizona for over 30 years.

After moving south, Dale still enjoyed spending summers at the farm in Wisconsin, along with visiting family and friends throughout the area. He was gregarious and it didn’t matter if you were a friend or a stranger, he was always happy to swap tall tales, talk politics or volunteer advice.

His wife, Judy, passed away in January. He is survived by sons John (Carol) of Arkdale, Mark (Heather) of Edgerton, and Larry (Kristen) of Colleyville, TX; step-children Don (Bonnie) Kelly of Adams and Chris (Jim) Langer, of Friendship; brothers and sisters-in-law Phil and Jeanette Ruck of Waupun, Joan Wendt of Fond du Lac, Ken Wendt of Fond du Lac, Beverly Friess of North Fond du Lac, Steve and Diane Strupp of Oakfield, and Betty Jameson of Arkdale; two grandchildren, Christopher (Amber) of Adams, and Morgan of Colleyville, TX; great-grandchildren Jacob and Bella, and many nieces and nephews. He was also preceded in death by his parents, brothers-in-law Arden Wendt, Gary Friess, and John Jameson, and sister-in-law Jean Wendt.

Interment will be at Monroe Cemetery, in Adams County.