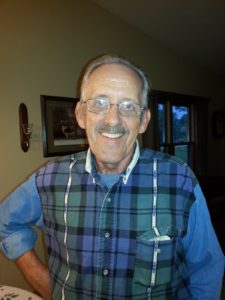 Graveside will be 1:00 p.m. on Saturday, August 31st, 2019 at the White Creek Cemetery. Pastor Sam Downey will officiate.

Danny was born July 7th, 1949 in Belleville, Illinois. He graduated from Carrollton High School in 1967. Danny served our country in the United States Army, as a Combat Engineer and was a Bronze Star recipient from the Vietnam War. He worked at several places in the Milwaukee area such as Saint Cecilia’s Catholic church and school and also Alto-Shaam.

Danny loved his family and spending time with them more than anything. He loved to do anything and everything mechanical. Danny will be missed by many family and friends.

Danny was a member of the Castle Rock Vietnam Veteran of America Chapter #729.