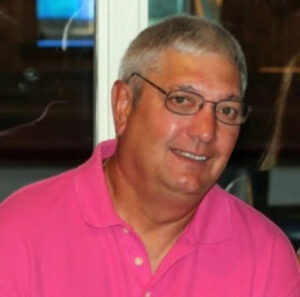 David (Flipper) C. Phillips, age 69, passed away peacefully on Saturday, August 29th, 2020, at home with his family.  He fought a courageous battle with cancer.

David was born on July 11, 1951, in Richland Center, to Clinton C. and Dolora (Kennedy) Phillips.  He was a 1969 graduate of Reedsburg High School.  He worked at Blakeslee Septic Systems and Soil Testing for over 25yrs.  He was married to the love of his life Sandy, on September 16, 1983, for 37yrs.  David enjoyed gardening,  fishing, and camping.  Family always came first to him.  He was preceded in death by his father, Clinton.  He is survived by his wife, Sandy; his children, Chad (Anastasia) Strampe and Lacey (Erin) Hall; his grandchildren, Brooke, Madison, Nicholas, Mason, Sabrina, and Gavin; his mother, Dolora(Ed) Phillips-Brewer; his siblings, Ron (Barb)Phillips, Kim (Stacey) Phillips, and Alice (Joe) Chenoweth; and many cousins, nieces, nephews, and friends.