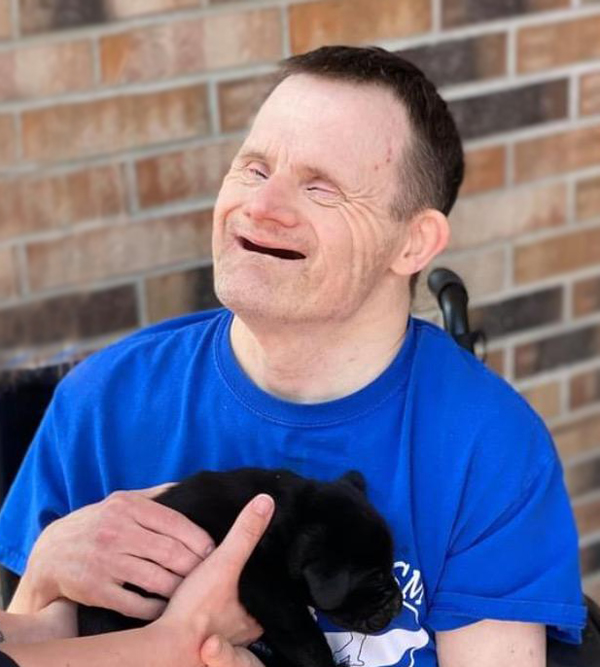 Visitation will be from 10:00 a.m. until the time of service at 11:00 a.m. on Saturday, April 23, 2022, at Roseberry’s Funeral Home in Friendship, Wisconsin.  Interment will follow at the Mt. Repose Cemetery.

David was born August 9, 1957, in Wisconsin Rapids, WI to Kenneth and Betty (Richards) Moss. He attended A-F area special education classes.  He went to Trinity Lutheran Church in Arkdale with his parents.  David participated in some Special Olympic Games.  He greatly enjoyed music, dancing and taking trips.  David lived in Adams with his parents until 1979 when he entered the LEF Group Home in Wautoma and worked at Waushara Industries. About 1981 he transferred back to Adams and lived in the Friendship House and worked at the Adams Co. Adult Activity Center and Waushara Industries. He lived the last 28 years with the Novak’s, who provided him with the highest quality of life possible.

David was preceded in death by his parents Kenneth & Betty.

Thank you to Practical Cents &  Northstar, where he enjoyed many years and friends from Adams for being there and helping him.