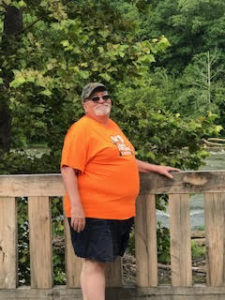 A local celebration will be held on April 27th, 2019 from 4 to 7 p.m. at Grand Marsh Area Community Center.

Dennis was born on April 16, 1952, in Hartford Wisconsin to Lloyd and Shirley (Voss) Dieball.

Dennis was a member of the American Legion Auxiliary Ryan Larson Unit 65, out of Rome, Wisconsin

further survived by many nieces and nephews