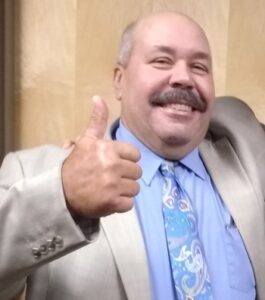 Derek was born August 4, 1961, In Milwaukee WI to Alfonzo and Elizabeth (Parbs) Blackwell. He was a highly active child and being the first born of the family all his aunts and uncles loved and cherished him very much. He spent much of his youth working in construction and brick laying with his dad and uncles. He joined the US Army in October 1980 he served for 3 years as a tanker spending some of his time in Germany guarding the berlin wall. After serving in the Army, he came home to do construction starting his own business as a chimney sweep in the Milwaukee area. Then in the summer 1992 he was baptized as one of Jehovah’s Witness, he was thankful to have the opportunity to serve Jehovah God and was also happy to share his newfound faith in Jehovah and his promises from the bible for the future especially the promise that the earth will be turned into a peaceful paradise, where the dead will be resurrected to life here on earth with anybody. Derek was a kind and giving person lover of animals and people. Always willing to give a hand when needed. He will be missed until the day of his resurrection here on earth.

Derek was preceded in death by his father Alfonzo, his father-in-law Lloyd Wright.