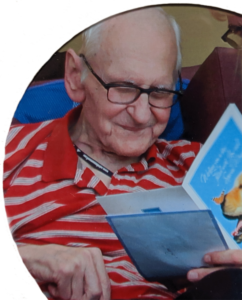 Donald A. Riese, 81, of Sheboygan (formerly of Arkdale), passed away Tuesday, October 1, 2019 at the Waterford in Plymouth.

Graveside services will be 10:00 a.m. on Saturday, October 19, 2019 at the Big Flats Cemetery.  Pastor Terri Skildum will officiate.  Military honors will be presented by the Adams County Honor Guard.

Donald A. Riese was born August 18, 1938 in the town of Big Flats, Arkdale, WI, the son of Herman Otto and Martha (nee Martin) Riese, where Donald grew up on the family farm. After high school, he proudly served his country in the United States Navy.  Donald moved to Colorado Springs, CO from Dubuque, IA in 1973. Donald and his wife Elizabeth Ann moved to Littleton, CO in 1981. He was an automotive parts salesman until his retirement. Don’s interests included traveling, automobiles, woodworking, fishing, hunting, genealogy, music and dancing.

The family would like to thank the staffs of the Waterford in Plymouth and Sharon S. Richardson Community Hospice for their compassionate care and support.