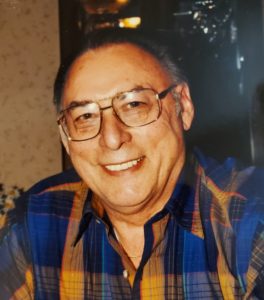 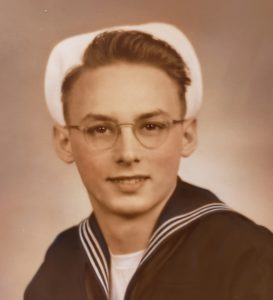 Don was born to Harold and Vera (Farner) Williams on March 5th, 1931 in Toledo, Ohio where he resided until he joined the U.S. Navy. He served his country from March of 1952 until January 1954 as an Electrician-3rd Class on an aircraft carrier in the Pacific. Upon his honorable discharge from the U.S. Navy, Don began his work in the corrugated box industry where he would spend the rest of his career. He retired as Vice President and General Manager from Castle Rock Container Company in 1994 after twenty-two years of service.

Don married the love of his life, Jean (Hyde) Bassett on November 15, 1968 and they remained married until her death in 2012. Don was proud to serve on the Adams City Council, the Adams County Memorial Hospital Board, and was elected Mayor of Adams in 2009.

An ultimate creator, Don holds numerous national and international patents. In addition, he was an avid woodworker making beautiful pieces of furniture for his family and friends. Further, if you ask anyone, they would tell you he could play a mean game of Canasta or Yahtzee!

Don was preceded in death by his wife, Jean, parents Harold and Vera, and sons Gary and Harold.

An open house celebration of life will be held Friday, February 14th from 4:00 – 6:00 PM at the Adams County Community Center at 569 N Cedar St., Adams, WI. Special remarks by friends and family will be made at 5:00 PM – all are welcome to share their memories.

In lieu of flowers or gifts, please send donations to the Wounded Warrior Project.