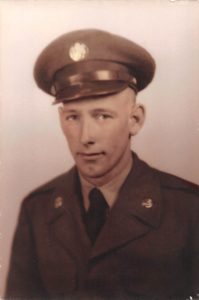 Interment will be at the Fordham Cemetery, Town of Adams, Wisconsin at a later date.

Duane was born August 20, 1931 in Easton Township in Adams County, Wisconsin to Paul and Gladys (Bisbee) Reichhoff. He attended Fordham Grade School. Duane served in the Army during Korean War. He worked for the Chicago NorthWestern Railroad and married Charlotte Mae Weir on April 27, 1957 in Marquette County. They made their home in Preston Township. Duane worked as mason until his retirement in 1997.

Duane was a member of Roche-a-Cri Bowman Club.