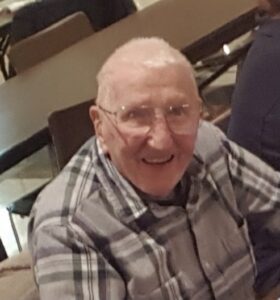 Edward was born on October 16, 1925 in Chicago, Illinois to Edward and Anna (Chakurda) Burian.  Edward Married the late Joan (nee Hutchinson) on August 18, 1951. He is survived by their three children: Alice(Ken) Stoklosa, Darlene (Late Jospeh) Durec, Daryl (Calvin) Burian; brother,  Joseph: 12 grandchildren, and many great-grandchildren. Edward had a passion for woodworking and bowling. Edward was a member of the Pioneers.