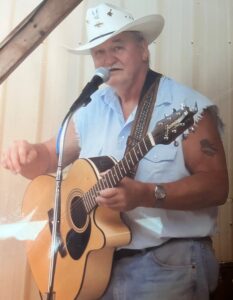 Funeral services will be 1:00 p.m. on Saturday, September 17, 2022, at Roseberry’s Funeral Home in Friendship, Wisconsin. Debbi Segina will officiate. Visitation will be 11:00 a.m. until the time of service on Saturday at Roseberry’s Funeral Home. Interment will be 11:00 a.m. Saturday, September 24, 2022, at the Mt. Repose Cemetery in Friendship, Wisconsin.

Eugene was born September 20, 1948, in Wisconsin Rapids, Wisconsin to Robert and Cynthia (Quimby) Peterson. He graduated from Adams-Friendship High School in 1966 where he was a state qualifier in wrestling at 138 pounds. He enlisted in the United States Army in 1966 as a wheel and track mechanic and was honorably discharged in 1974 as a Sergeant. Eugene enjoyed building and driving his stockcar #71, playing and singing country music, fixing anything with an engine, excavating & hauling gravel with his back hoe and dump trucks. He was the proud owner of a Big Flats fire truck. Eugene especially loved spending time with his family. Eugene retired in 2008 from Domtar where he drove semi-truck over the road and worked in shipping for 40 years.

Eugene was preceded in death by his parents, one son (Eugene Edward II), and three brothers (Robert, Kenneth and Raymond) and daughter in law Kimberly (Olson)).