Everett Dale Johnson, age 80, of Friendship, while in route to Florida for the American Legion Run 2019, to raise money for disabled service members children.  He became a victim of an accident which caused his death on August 21, 2019.

Everett was born March 10, 1939 in Hill Township, Price County, Wisconsin to Martin and Phoebe (Cutts) Johnson.  He graduated from Prentice High School in 1959.  Everett was in the Army, stationed in Korea as a combat engineer from 1962-1964.  Everett married Florence Schneider in Colby, Wisconsin on July 23, 1966.  Everett worked on road construction in Milwaukee and Menomonee Falls before moving to Friendship, where he worked at Castle Rock driving truck and at the plant, Adams; Fischer Trucking, Fenwood, WI; Daily Express, Carlisle, PA; Jevic, New Jersey;  Construck, Plover, WI; Brock Trucking, Vesper, WI; Retzloff, Berlin, WI; and Alsum Transport, Friesland, WI.  He boasted of driving for sixty years – one kind of a truck or another, trailer, flatbed or drop deck. North, south, east, or west – where ever it took him, he was sightseeing.

He enjoyed hunting, snowmobiling, bowling with the K.C.’s, riding his trike, working at the VFW Oxford 6003 for fund raisers, funerals, bingo – or what ever he could help with.  American Legion Riders District 8, Wisconsin Rapids was so much closer than his District 11 – Everett helped District 8 to bring in the 14 Honor Flights at Mosinee (after he himself had gone on the Honor Flight).  Everett raised money for Wreaths Across America, wreaths to be placed at King, WI.

Interment will be at St. Methodius  Catholic Cemetery at a later date. 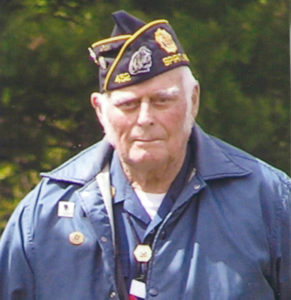