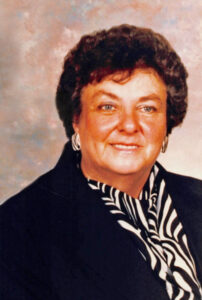 Fran was born April 17, 1939 in Carthage, Missouri to LeRoy and Marion (Mason) Moore. In 1951, she moved with her family to Sunnyside, Washington. Fran graduated from Sunnyside High School in 1957 and later attended Business School. She worked during and after high school in the asparagus fields, babysat, and at the laundry mat/dry cleaners. Fran married John Dehmlow on April 26, 1958 and moved to Adams, Wisconsin, where they raised their children Bonnie, Chuck, and Leroy in Quincy Township. Fran drove school bus for the Adams-Friendship School District for 33 years and also at Dairyland Fudge in Wisconsin Dells.

Fran was also very involved in her community. She served as the Quincy Town Chair, and the Quincy Town Board, as well as on the Adams County Board of Supervisors for many years. Fran also played a big role in starting the Quincy Fire Department.

Frances was preceded in death by her parents: Leroy and Marion Moore; husband, John Dehmlow; and brother-in-law, Ken Dehmlow.