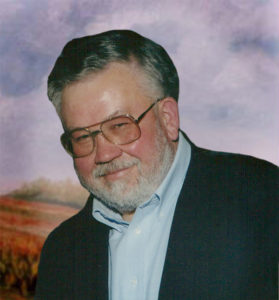 Frank Charles Sindelar, age 77, of Friendship, Wisconsin passed away peacefully Tuesday, July 30, 2019, at Agrace HospiceCare Inc. in Madison, Wisconsin. And because you are wondering, he was a 16-year melanoma cancer survivor. In April his cancer doctor told him that he didn’t have to go back to see her. He had been cancer-free for 10 years. However, his little heart and kidneys just gave out.

Funeral services will be 11:00 a.m. on Saturday, August 3, 2019 at Roseberry’s Funeral Home in Friendship. Pastor Sam Downey will officiate. Interment will be at the Fordham Cemetery at a later date. Visitation will be 4:00 p.m. until 8:00 p.m. on Friday with a masonic service beginning at 7:00 p.m. at Roseberry’s Funeral Home. Visitation will also be from 9:00 a.m. until the time of service on Saturday.

Frank was born September 24, 1941 in Friendship, Wisconsin to Harold and Mary (Pavlicek) Sindelar.

He graduated from Adams-Friendship with the class of 1960. Frank wasn’t one to voluntarily share stories about his earlier years, but the stories told by Johnny, Sammy, Larry, and Danny proved that he certainly had a good time! Frank married Roberta E. McMahon on February 13, 1965 in Friendship. After graduating he worked at the high school bus garage, and then Jefferson Trucking out of Wisconsin Rapids, and Ashworth Brothers Sawmill. He retired from Adams-Columbia Electric Cooperative after 36 years.

Frank enjoyed flea markets, auctions, and in addition to agitating his wife, playing pool, camping, Packers, Brewers, napping, bowling, hunting, fishing, and riding in the car. At age 77, he still had to take laps through town.

Frank was preceded in death by his parents, Harold & Mary.

In lieu of flowers memorials may be given to Agrace HospicCare.