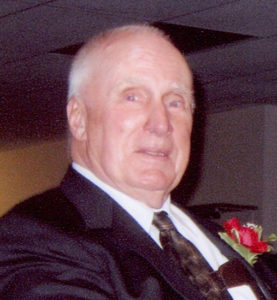 Frederick Edward “Fritz” Schanen, age 86, of Friendship, Wisconsin passed away peacefully Friday, October 14, 2016 at his home surrounded by his family.

Fritz was born May 6, 1930 in Port Washington, Wisconsin to William and Julia (Link) Schanen.

Fritz attended Port Washington High School. He then enlisted in the United States Marine Corps. in July of 1948 and was honorably discharged in July of 1952.

He married Clara M. Schmit on September 28, 1957 in Port Washington.

Fritz was a self-employed master plumber for many years and then later retired from the Wisconsin Rapids School District.