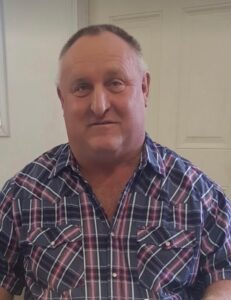 Gerald (Jerry) L. Burckhardt, 62, of Sauk City passed away peacefully on Oct. 6, 2021, from a fierce battle of cancer. He was surrounded by his family. Jerry was born and grew up in Merrimac. Later Jerry bought a farm in Sauk City where he raised a family and took great pride in the land that he farmed and hunted.

Jerry worked as a laborer for Union 464 where he retired after 32 years. He took great pride in his work ethic and was thankful for the great relationships he made within his union. He looked forward to his monthly union meetings where he got to reminisce with his fellow coworkers. Jerry enjoyed hunting, fishing, taking long drives, but mostly he loved spending time with his wife and grandchildren.

Jerry was a force of nature, determined to provide for his family and give them a life they deserved, He was a strong believer that hard work and dedication are the keys to success. His family meant more to him than anything else in the world. He lived for the days he got to spend with his grandson and granddaughter.

He was passionate about farming, and hunting. He loved taking long drives with his wife watching deer and other wildlife.

Anyone who knew Jerry knew that he was the most loving, generous, fun-loving father and husband a family could ask for. He never met a stranger that didn’t become his friend. He was our “social butterfly”.

A special thank you to Dr. Huhn and all the medical staff that provided exceptional care and treatment during Jerry’s battle with cancer.

The family requests that all notes are sent to the home address. There will be a celebration of life at The Sauk City Community Center 700 Monroe St. November 13, 2021, from 1:00 pm until 4:00 pm.