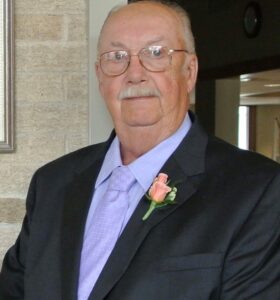 Harold was born August 22, 1939, in Adams County, Wisconsin to Harold and Dorothy (Wollert) Wilson. He graduated from Adams-Friendship High School in 1957 and then attended the University of Stevens Point. He married Lola J. Morgan on September 17, 1960, in Adams, Wisconsin. Harold began his work life on the Wilson Family Farm. He then worked for the Nepco Papermill. After leaving the papermill, He worked for Modern Woodman Insurance and in Real Estate as a Real Estate Broker. He drove over the road truck, and later owned and operated his building business. His pride and joy was owning the Oak Grove Sporting Club in Coloma, Wisconsin located on The Wilson Family Farm which has been in the Wilson Family for over 175 years.

Harold enjoyed being outside, hunting, fishing, gardening, and watching and playing sports. He especially loved spending time with his family. He was active in 4-H where he raised grand champion hogs and was a troop leader for the Boy Scouts. He played in a band and was a member of the Shriners and Lions club.

Harold was preceded in death by his parents Harold & Dorothy.