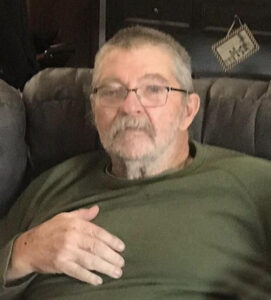 James Albert Burris, age 74, of North Freedom passed away at his residence on April 25th 2021.

He was born on March 10, 1947, the son of Albert and Loanda Burris. James was united in marriage to Cheryl Fuller on September 4, 1971. Their marriage was blessed with 3 daughters and 6 grandchildren. James was a medic in the Army stateside during Vietnam, He was a hard-working man. In his early years he was a welder, and also worked at Netzband Quarry dynamiting. He started his own logging business and enjoyed every minute in the woods. His true passion was definitely his grandchildren.

He was preceded in death by his parents; Father and Mother in law Arthur and Lois Fuller; Brother Ronald Burris; Sister Donna Reinhardt; and Son-in-law Mike Neta.

The family would like to extend their gratitude for the exceptional care to Agrace Hospice, with a special thank you to his nurse Kevin.

Per his wish, there will be no formal service. A Celebration of Life will be held at the North Freedom park at 1:00 pm on Sunday, May 2nd 2021.