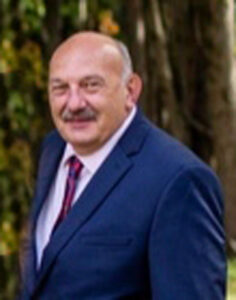 The Kotlowski family is mourning the loss of Jerome Joseph Kotlowski. His unexpected passing on November 9th, 2022 has left us reeling. We appreciate your kind thoughts and condolences and ask for your respect and patience as we process our grief.

Jerome was born December 13th, 1957 to Jerry and Marcella Kotlowski. Born in Chicago and raised in the small town of Grand Marsh, Wisconsin, Jerome learned early on the value of a hard days’ work and the importance of taking care of one another. It was not surprising that this was the same town that he and Dori Utzig, the love of his life, married September 8th, 1979 chose to raise their family. Meeting as young teens, Dori was initially unimpressed with Jerome and tried to hit him with a baseball bat during their first encounter. As it tends to do, love soon followed and the couple built a beautiful life together.

He started his career at Power Packer shortly after high school and was approaching 45 years with the same company. His loyalty and dedication was unsurpassable. Jerome and Dori’s sons, Joseph Jerome and Stephen Daniel, view their dad as invincible. A superhero. Someone that was willing to help day or night no matter what the problem was.  Jerome enjoyed doing projects with his sons. He recently had been helping Steve renovate his home and we suspect he was dragging his feet a little, delaying completion because he didn’t want their work together to end. Jerome loved watching Joe compete in races, primarily, marathons. It takes a tremendous level of commitment to run that far that fast and this is yet another trait Joe learned from his dad. Perseverance. We are assured that he is proud of the people they continue to become and they are equally grateful for the foundation their father instilled in them. They are better humans because of him. Jerome also really appreciated getting a good bargain, and the amount of clocks and tools he’s collected certainly proves that. Retirement was right around the corner and he had been looking forward to traveling with Dori, “anywhere that will take dogs.” Quite frankly, we were hoping he’d spend some of those golden retirement hours just enjoying The Pines on their property, watching the grandkids try to climb the Old Oak and finally relaxing.

He will be profoundly missed by his most beloved wife, Dori, children Steve and Joe (Jb), grandsons Vitale and Cristiano and pupper Dodge. Likewise, his father, Jerry, brothers Al
(Sherry), Pat (Janet) and Chuck.

Visitation will be 10 a.m. until 12 Noon on Sunday, November 13th, 2022 at Roseberry’s Funeral Home.  Cremation will follow with final interment at the Gould Rock Cemetery at a later date.