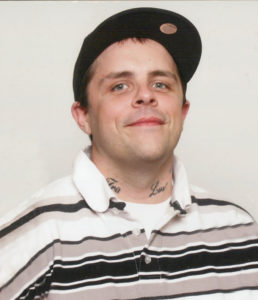 Kevin was born December 8, 1981, in Baraboo, Wisconsin to Gary and Laurie (Winters) Williams. He enjoyed fishing, sitting around campfires, listening to music, telling jokes, and especially spending time with his family. He was an avid Chicago Bears & Cubs fan.

Kevin was preceded in death by his mother, Laurie Williams.

Kevin’s family would like to thank River City Estates in Wisconsin Rapids for all their care over the years.