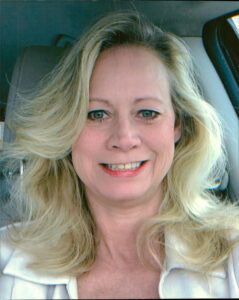 Visitation was on Tuesday, March 30, 2021, from 10:00 a.m. to 11:00 am at Trinity Lutheran Church in Arkdale, Wisconsin, followed by private family services conducted by Rev. Terri Skilldum. Interment will be at Quincy Township Cemetery. To view the service please click here.

Kirsten was born February 14, 1971, in St. Paul, Minnesota, the only child of John and Margaret (Alfstad) Stake. John had served three years in the U.S. Army and was in his final year of seminary studies at Luther Seminary when Kirsten was born. The family served a parish in Scottsdale, Arizona, until 1974. The American Lutheran Church called the Stakes back into the army in 1975, where John served for the next 27 years as a Chaplain, Margaret as an Army Wife, and Kirsten as a proud “Army Brat.” Kirsten was a baptized child of God, sealed with the Holy Spirit, and marked with the cross of Christ Jesus forever.

Travel and separation, relocations and uprooting, and stress and uncertainty were balanced by the adventure of movement and discovery of new places and people.

Kirsten grew into a beautiful and intelligent woman, and following her mother’s example, became an accomplished secretary, executive assistant, skilled computer-savvy employee, and customer service representative. Her jobs were sometimes curtailed by the nature of her family’s relocations, but she always found meaningful volunteer work from being a hospital “Candy Striper” in New Jersey, to a valued library worker at the Chaplain School in New Jersey and at our own Adams County Library in Wisconsin. Quips from one employee evaluation note, Kirsten “stands out as one of our best workers and team builders. I recommend her without hesitation.”

Making friends by being a friend endeared her to many. Kirsten married at the turn of the 21st Century, and had her only child, Ryan Baxter, in New Jersey. She had a sound faith, clear moral principles, and a patriotic heart. She moved to the Stake family retirement home near Castle Rock Lake with her son Ryan and parents in 2002, when her father retired from the U.S. Army after 30 years of service.

Kirsten was preceded in death by her mother Margaret Stake, and grandparents Anna and Arnot Alfstad, and Vernon and Shirley Stake.