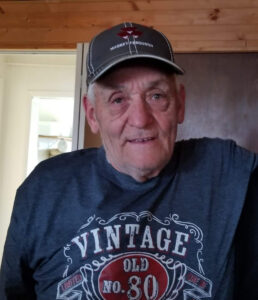 LaVern was born August 17, 1938 in the Town of Jackson, Adams County, WI, the son of Jesse and Mildred Fisher. He graduated from the Wisconsin Dells High School in 1958. LaVern served in the National Guards during the Berlin Crisis and was stationed in the state of Washington during that time. LaVern married Marilyn Erickson November 10, 1962 and during the marriage raised four children. After serving in the guards, LaVern worked at the Badger Army Ammunition Plant, Warren Coon Trucking; driving many things—from snow plowing to cement trucks. Then in 1970 the couple purchased a farm in the New Haven Township and operated a very successful dairy farm until selling the cows in 1999. They continued to raise heifers and crops on the farm until the farm was sold in 2006. At that time they built a new home on the woodland they owned on 3rd Lane.

LaVern enjoyed many things, an avid fan for any sport; well except for professional basketball. He had recently taken a liking to watching the UW Badger women’s college volleyball. He truly enjoyed hunting and later in life the nightly wildlife rides. LaVern also was happy to be able to provide “doggie day care” for first Tony and then Lady. He was also affectionately known as the “mayor” of New Haven Township, as he traveled around the township daily—if you wanted to know what was going on he was the guy you asked.

LaVern was preceded in death by his wife, Marilyn.