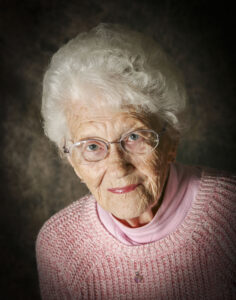 She was born August 21st, 1929 in Madison, WI to Theodore and Cora (Hansen) Mell. She graduated from the DeForest High School in 1947. She was married to Henry Voegeli and had 3 Children. She married to Harold Madsen with 6 Boys. She later married to Edward Wiebrecht with 1 daughter.

She was loved by many and will be greatly missed by all who knew her. She worked for Adams Columbia cop and Bar Tended for 38 plus years at what is now called Moes.

She was a member and organ player at Friendship Congregational Bible Church for 40 years.