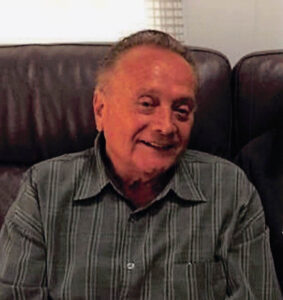 Louis Relle was a compassionate husband, father, brother, grandfather & papa, and friend. He passed away on August 29th, 2021 at the age of 83, peacefully and comfortably in his home in Friendship, Wisconsin with the love of his life, Martie, by his side.

Louis was born to Joseph & Maria Relle on November 27th, 1937 in Chicago, Illinois; the second of two sons. He met and married his high school sweetheart, Martha (Martie) Relle, at the age of 19. He then entered into the U.S. Army where he served at Fort Brag in special helicopter maintenance. Louis then pursued a career as an electrician at the North Pier Terminal in Chicago, Illinois for 27 years. He was prosperous enough to enter into his golden years at the young age of 48, with his wife, Martie, where they enjoyed 64 long, loving years together.

Louis and Martie enjoyed a life full of love and laughter, spending most of their time tending to their picturesque, charming farmette in Friendship, Wisconsin. Lou enjoyed caring for his horses, donkeys and miniature ponies. He took pride in his beautiful home, having family over for holidays, birthdays, and ‘just because.’

The simplest pleasures in life brought the greatest joys to Louis. He loved a quiet evening with Martie, watching their favorite game shows with sweet treats in hand. He adored his grandchildren – watching them grow up and supporting any and all extracurricular activity they were a part of. He was their number one fan at countless events, never missing a single basketball game or band concert. He was a dedicated father and papa, embracing every moment with his children and grandchildren when he could.

Mass of Christian Burial Service will be 11:00 a.m. on Tuesday, September 7th, 2021 at St. Joseph’s Catholic Church. Father David Bruener will officiate. Interment will be on Wednesday, September 8th, at the Memory Garden Cemetery in Arlington Heights, Illinois where Louis will be laid to rest in the family plot.

Louis will be forever loved, forever missed, and forever in our hearts.