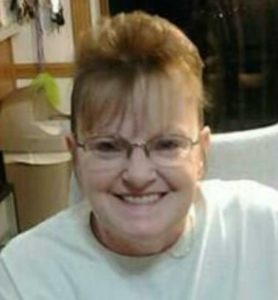 Marie was born on January 11, 1955, to Hollis and Mona Winchester. She attended A-F area schools and was in the first Kindergarten class at Castle Rock Grade School.  Marie married her first husband, Charles Robinson on August 26, 1972, in Adams. After their marriage ended she married Warren LaQuee on July 27, 1991. They enjoyed traveling together and visiting historical Civil War sites. Marie loved shopping, being outside gardening and all things with wings. She enjoyed baking, taking care of her fish and especially spending time with her family. Marie worked at Pizza Hut in the Dells, Potato World, Brakebush and in the bakery and meat dept at Bobs K-Market & Zinke’s. She worked in the bakery department for the last 17 years at A-F County Market. Marie was always a hard worker and when she wasn’t working, she liked being a homebody or traveling while on vacation.