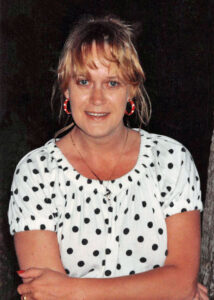 Due to COVID-19 concerns, a Celebration of life service will be held at a later date.

Norma was born April 30, 1949 in Adams, Wisconsin to Willie and Rubye (Higgins) Fallos – the youngest of 10 children. She attended Roche-a-Cri grade school, Pardeeville grade school, AF High School and Muskego High School. Norma proudly earned her GED in 1988. Norma met Richard G. Cekan at the Adams County Fair in 1967 and began their journey together. They were married on December 2, 1967 after just 6 weeks of dating. This marriage was blessed with 3 fabulous children. Norma was a stay at home mom while Richard worked for the railroad. She then worked as a waitress and also worked at Farnam in Necedah, WI. The most notable and proud time in her career was working as a caseworker as well as a child visitation supervisor with the Department of Health and Human Services.

Norma enjoyed waterfall hunting and traveling with her husband, cooking great meals every night for her family, “Thanks, mom for the hot squirrel soup!”, canning, Norma loved being outside taking nature walks with her husband Richard, picnicking, watching the Packers and Brewers, and listening to the Beatles, collecting carousel horses and owl, penguin, and cat figurines.

Norma was well-loved and was considered by many as “Mom”.