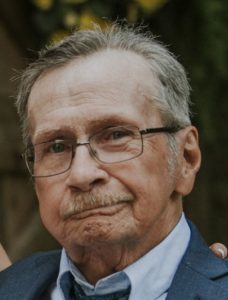 Memorial services will be held at 1:00 p.m. on Friday August 16th, 2019 at Roseberry’s Funeral Home in Friendship, Wisconsin. Following the ceremony and burial at St. Francis of Assisi Catholic Cemetery, a celebration of life will be held at the Necedah Veterans Memorial Hall. Visitation will be on Friday, August 16th, from 12 Noon until the time of service.

Randy was born January 21st, 1946 in Fox Lake, IL. To William and Sonia (Simpkins) Dohnke. He married his wife Ann on October 8th, 1966 and lived together in Fox Lake, IL before relocating to Necedah, WI where they both resided for the remainder of their lives.

Randy owned and worked at his construction business Dohnke Construction for 35 years followed by retirement. He had great love for animals and nature and was an avid outdoorsman who loved to hunt, fish, and ride ATV’s. In his early days he was known to race cars, and fly airplanes. Randy enjoyed spending time in his shop where woodworking and model building were some of his favorite activities.

Randolph was preceded in death by his wife Ann Dohnke and daughter, Christine M. Rattunde. He leaves behind his daughter, Robyn Keough.