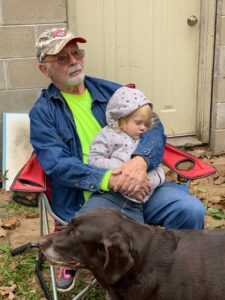 Raymond was born on May 07, 1942 in Racine, Wisconsin to Ray and Kathleen (Lock) Sleeman. In 1973 he moved his family to Friendship, WI and opened Friendship liquor store. His wife (Shirley) ran the store and he worked for Premo construction and bartended at Friendship Bar & Bowl. After his divorce from Shirley, he moved back to Racine, WI worked for a construction Union out of Illinois. In the 1990’s He moved back to Friendship, WI to be closer to his children and grandchildren. When he retired he did side jobs to earn extra money and stay busy. Raymond loved spending time with his family. He was quite the story teller. If you had a project you were working on he would always put his two cents in and explain why you should do it his way. He spent his last year in his own mobile home on his daughter and son in law’s property. He loved helping his family. His famous saying was” it’s like brand new still in the box”

He loved his deer hunting trips he took up north with his family and buddies. He had just told us he’s been hunting for 68 years. His ashes will be spread up north where they use to hunt by his nephew Jeff. He also enjoyed fishing on his grandsons boat and ice fishing with his daughter and son in law. He enjoyed the outdoors.