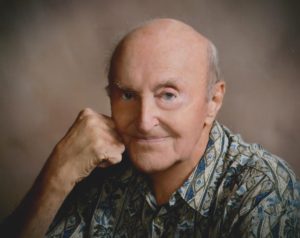 Funeral services will be 3:00 p.m. on Monday, September 9th, 2019 at Roseberry’s Funeral Home in Friendship. Interment with military honors will be at the Mt. Repose Cemetery in Friendship. Visitation will be 2:00 p.m. until the time of service at the funeral home.

Richard was born November 3, 1919, to Johann and Elisabeth (Karner) Kappel. He graduated from Adams-Friendship High School in 1937. Richard enlisted in the United States Air Force on October 2, 1941. He earned his wings from the Air Force Advanced Flying School at Kirtland Field Albuquerque, New Mexico in March of 1943. He was commissioned a Second Lieutenant after three months of rigorous flight training and took his place in the air force as a Bombardier. Richard served in Germany during WWII where in March of 1944, he was taken as a prisoner of war and was reported MIA when he and his crew members had failed to return after a bombing raid. He was returned to U.S. military control in May of 1945 and was honorably discharged in December of that year.

After military service, he worked for the railroad for a short time and subsequently worked for Standard Oil for over 30 years driving a fuel truck until his retirement.

Over the years Richard had memberships with VFW and The American Legion.