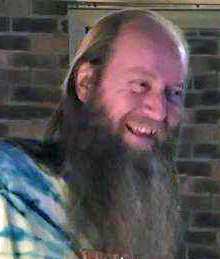 He grew up in Madison, WI. Even in his younger days, Dick enjoyed the open road. From 42 years driving his “18 Wheeler’ to letting his hair blow in the wind riding his Harley. On June 17, 1993, Dick married the former Maggie Schwab. They drove cross country for 11 years with their dogs Cali & Shifter. Dick loved spending time on their land in Colorado and UTV’ing. He enjoyed NASCAR, Brewers, GB Packers, Golf and being “JAD” at Spot in the Woods raffles. He was a member of the Monroe Prairie ATV/UTV Club and a supporter of ABATE of WI. He was a WI Motor Carrier Safe Driver and will be receiving a 12year award with Sparhawk Trucking. He enjoyed spending time with his granddaughters & seeing what wonderful young ladies, they are becoming. Dick loved being around family & friends & making them laugh with his unique sense of humor. Dick will be missed by all that had the pleasure of knowing him.

Per Dick’s wishes, there will be a Celebration of his Life at Spot in the Woods, Friendship, WI from 12noon to 4pm on Saturday, February 29, 2020 (Leap Day).

The family would like to thank Agrace Hospice, Dr. Brogunier, and UW Clinic & Hospital and all family & friends that gave up their time to help Dick & Maggie when they needed it the most.

In lieu of flowers, contributions can be made to Agrace Hospice or Adams County Humane Society.