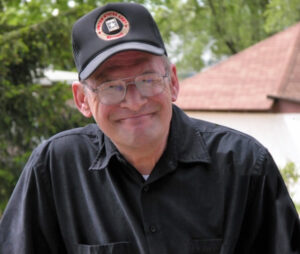 Bob was born November 17, 1939 in Superior, Wisconsin to Jerome And Elizabeth (Mireski) Koehler. Bob was in the U.S Army – Platoon and Operations Sargent with E Battery where he was honorably discharged on May 31, 1983. While in the military, Bob was stationed in Germany and Greece. He was also awarded The Meritorious Service Medal & The Army Commendation Medals. He was full of stories! He was one who could remember exact dates/years of events. His memory was impeccable to the very end!

Bob was preceded in death by his parents; sisters Kathy & Rose (brother-in-law Phil); and a brother, Jerry.

Bob is survived by his six siblings: Dennis Koehler, Timothy Koehler, Thomas Koehler, Beverly Koehler, Roger Koehler, Liz Morehouse; and nieces and nephews. One of his final wishes was for everyone to have a party – PERIOD!

Interment will be at Northern Wisconsin Veterans Memorial Cemetery, Spooner, Wisconsin; at a later date. It’s his brother Dennis’s wishes that the two of them go there together.

The family would like to thank Heartland Hospice for everything that they did for Bob! Memorials may be directed in Bob’s memory to Heartland Hospice. Bob will be forever missed – we love you!