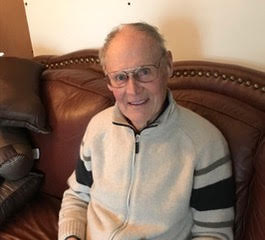 Robert M. Donner, age 80, of Briggsville, Wisconsin passed away Tuesday, April 27, 2021 at his home. Robert fought a courageous battle with Cancer for 15 years. Between treatments he never let cancer interfere with either his positive attitude or life experiences.

Robert was born July 07, 1940 in Portage, Wisconsin to Melvin and Geraldine (Dewsnap) Donner. Robert graduated from the University of Wisconsin with Masters Degree in Physics. He married Margaret Lily Saunders in 1964. Several years later the adventurous couple joined the Peace Corps and served in Ecuador. After a few years living in New Mexico, and Rockford, IL. they moved to Baraboo, Wisconsin. Robert taught Physics at the University of Wisconsin, Baraboo/Sauk County Campus until his retirement. During the time he lived in Baraboo he helped form a small, informal sing group called the Glacier Valley Erratics. He loved getting together with friends, playing music on his guitar and singing folk songs. He was also a member of the First United Methodist Church and he was active in the Sierra Club. After retirement, Robert moved to Briggsville where he lived on Mason Lake. In 2008, with his significant other, Bonnie Wolff, he purchased property in Gallatin Gateway, Montana. Robert and Bonnie spent part of each year living in and exploring Montana. He was relentless in his desire to explore the many mountains and rivers in Montana.

Robert always enjoyed any activities that took place outdoors. He was a lover of the natural world and committed to the preservation of it. As a college professor, he took students on Western hiking trips. He enjoyed cross country skiing, biking, hiking, sailing and flying his own piper cub, but his real love was paddling. If there was a water flow he wanted to put a canoe into it. He got into whitewater paddling and extensive back-country canoe trips. He combined his love of travel by paddling in foreign countries. Robert’s fascination with the environment was also expressed in his many hiking and backpacking adventures.

His granddaughter, Catherine Abfall was very special to him and brought joy into his life.

Memorials may be directed in Robert’s memory to the Nature Conservancy.

Robert was preceded in death by: both his parents, Melvin and Geraldine Donner, his brother Richard Donner, and his daughter, Robyn Donner

A private memorial service will be held at the Briggsville Methodist Church on May 15 at 10;30 AM. Non-family can access the service on their car radio from the parking lot.