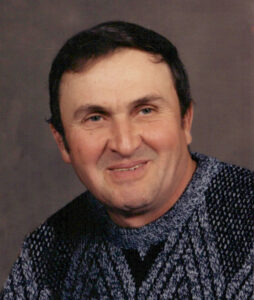 Ron was born on July 7, 1936 to Hugh & Ruby(Hanson) Keach in Friendship, WI.  He graduated from AF High School in 1954 and set a State record in track for the 440.  He married Shirley Allen in Clyman, WI on Oct. 18, 1958.  He served in the USArmy for 3 years.  He worked as a telegrapher on the Railroad, worked at the Papermill in Port Edwards for several years and ran the family farm along with his father & his sons.   In his earlier years, he was a member of the Arkdale Trinity Lutheran Church, served on the Church Council, was a member of the Trinity Cemetery Association, served as Strongs PrairieTownship Chairman, was a director on the Board at the Necedah Bank & was a member and past President of the Arkdale Lions Club.

Graveside service will be 11:00 a.m. on Saturday, June 26th, 2021 at the EastArkdale Cemetery.  Pastor Terri Skildum will officiate.   A picnic will follow the graveside service at the Arkdale Lions Park.