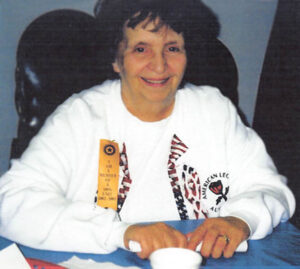 Shirley was preceded in death by her parents, Elda (Lemke) and Herman Kieckhefer, and husbands, Robert Boettcher, and Harold Wohlfert.

Shirley and Robert had 2 children Karl and Kristine Boettcher.
She is survived by her children, Karl (Toni) Boettcher, Kristine Boettcher, and many friends.
Interment will be at Davis Corners Cemetery, Town of Jackson, Adams County, WI.
In her younger years, Shirley enjoyed sewing and crocheting. She also enjoyed putting up her Christmas village each year. She and Harold enjoyed the Village.
In lieu of flowers, donations may be made to the Grand Marsh Congregational UCC Church where Shirley was a member.