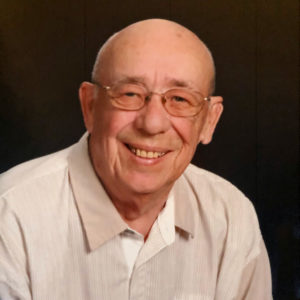 Tom was born on August 21, 1935 in Eau Claire to Raymond and Marcella Sawyer. He attended school in Stratford, WI, graduating in 1953. He then attended barber school and started barbering in Adams in 1955. He had to temporarily leave his employment to serve in the US Army from February 1958 to January 1960. Tom married Claudette Strand on April 26, 1958. Claudette joined him in Germany where he was stationed in the US Army. They raised four wonderful boys. Tom then returned to barbering in Adams after his discharge from the service until 1973. He then started employment with the City of Adams, retiring in 1997. He then worked part time for the Village of Friendship until 2015.

Tom was very active in the community doing volunteer work, especially with youth programs. He was President of the Roche A Cri Little League before he left that position to be a little league coach, which he did for many years. Tom spent hours and hours organizing what needed to be done for a new little league park. He received many awards for all of his volunteer work. Tom was considered a fixture at Immanuel Lutheran Church. He was an excellent usher and served many years on the Trustee Committee. His wife gave him the title of Mr. Socializer and Mr. Congeniality. He so enjoyed being with people. His laugh was so contagious, and his love for his family was undeniable. He had a bond like no other with his grandchildren and great grandchildren. Tom will be dearly missed by his family and so many friends. Tom enjoyed fishing and working outside in his flower gardens and playing cards with his family.