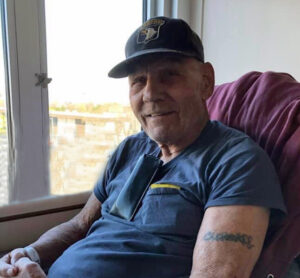 Utah was born May 15, 1936, in Sioux City, Iowa to Theodore and Grace (Flege) Samsel. He was born William Cullen Samsel and after leaving the service changed his name to Utah Daniel Jones.

Utah was in the 101st Airborne from 1954 until 1956.  After that, he joined the rodeo and rode Broncs.  He also was a stunt man in Hollywood where he stayed with his PaPa and helped him.  He then became an over-the-road truck driver which he retired from.

Utah loved spending time with his family.  He didn’t like the cold weather so would travel with friends who became family during the winter months.  He loved watching John Wayne movies and Christmas movies on Hallmark.

Utah was preceded in death by his son, Arlan (Cooter); brother, Sam; and sister, Carol.