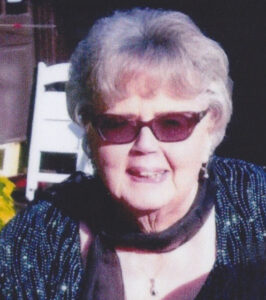 Due to COVID-19 private family memorial services are planned for a later date.

Vera was born August 16, 1945 in Chicago, Illinois to Earl and Esther (Johnson) Carlson. She grew up in Chicago and graduated from Ridgewood High School. Vera attended Carthage College before beginning her work career. She married Bernard E. Ramsden on July 3, 1965 in Chicago, IL. They made their home in Franklin Park, IL. Following Bernie’s retirement, the couple retired to their home in Arkdale.

Vera was a member of the Monroe Prairie ATV Club.

Vera was preceded in death by her parents: Earl and Esther.