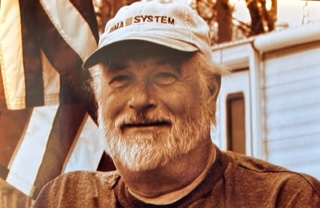 Walter (Wally) H Kroon passed away peacefully at the age 80 at the Columbia Health Care Center. He was born in Chicago, IL to the late Walter A and Lucille K (Stumpf) Kroon. The family moved to Shennington, WI in his youth and later to Mazomanie, WI. Wally graduated from Sauk Prairie HS in 1961 and shortly after enlisted in the US Navy where he served on the USS Montrose. He returned to Sauk Prairie and started his career at American Printing in Madison where he continued to work until retirement. Not being able to relax into his retirement he started a second career at CS Logistics delivering in the Madison area for many years. He loved hunting and fishing as well as cheering on the Packers and Badgers.

He is survived by his sister Lucille Weinke, brother Stephen (Kelly) Kroon, Daughters, Angie (John) Morris, Kristin (Kevin Yeager) Kroon, Stepsons Marcus (Melissa) Matney, Mike (Shana) Matney along with 6 grandchildren and many nieces, nephews, and close friends. In addition to his parents, he was proceeded in death by his brother-in-law Richard Weinke.

The family is forever grateful for Randy Raimer and Judy Machtel for their friendship and their sacrifices to help care for Wally over his last years. We would also like to thank the staff at CHCC for their attentive care for Wally in his last months.

A celebration of life will be held on Sunday May 1st from 1-4 at the Ferry X-ing in Merrimac, WI. Lunch will be provided and a toast at 3:30.