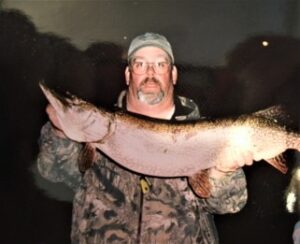 Willard William Paepke (Bill),  Age 62 passed away peacefully in his sleep from natural causes and into the arms of Jesus on October 16, 2022.

Bill was born on April 7, 1960 in Waukesha, Wi.  to Willard and Harriet Paepke Sr. Bill and his family moved to Adams County in 1969. He attended Adams County Schools and in leisure time learned all he could about hunting, fishing and all the outdoor life that Adams County and surrounding areas had to offer.

Bill was a jack of all trades and through the years worked as an electrician, commercial sign builder, construction, welder and owned his own mud jacking business for several years. Friends & family knew he was the one to call if they had something broke or not working right and Bill would usually know what the problem was & how to fix it.

Bill married Dianne (Dee) Heinowski in 2000 and they made their home in Sheboygan, Wi. Bill always felt blessed to have Dee in his life and they had many Harley Adventures and loved their 3 canine kids, Chopper, Miss Blue & Miss Annabell.

Bills favorite times were spent fishing & hunting with his brother Arnold and friends, or riding his Harley and if you were joining him you were probably in for an adventure. He loved spending time with family during holidays, Birthdays and graduations and rarely missed any. He also enjoyed going to Mississippi to visit with half siblings Ronny, Jerry and Kay.

A celebration of life will be held on December 3, 2022 at Friendship Congregational Bible Church, 100 Adams St. Friendship, Wi. A Visitation will be at 11 am. A Service will be at 12 pm and lunch will be at 1 pm in downstairs of church.