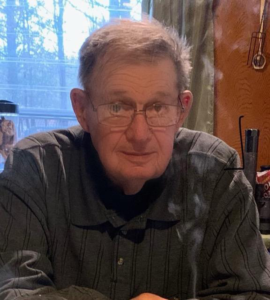 William E. Hicks, age 76, of Arkdale, Wisconsin passed away Saturday, December 26, 2020 at his home, surrounded by his loving family.

Bill was born February 5, 1944 in Ottawa, Illinois to William and Eileen Hicks. He married Marcia Scudder on June 20, 1964 and was proud to have been her husband for 54 years. This marriage brought forth three children that he gave to the world to. Bill was an expert Millwright, a trade that lasted up until his retirement in 2000 from C.R. Meyer.

Bill held many offices in the Castle Rock Lions Club, the Masonic Lodge, and the Dellwood Snowmobile Club. He served as Director of the A.W.S.C. and the A.C.S.A.

Bill treasured the time with his family and enjoyed snowmobiling, his UTV, hunting, spending time in the garage with his boys, pressing his luck on the slots, and morning coffee with his crew.

Those that loved him knew that his rough and tough exterior really gave way to a man who truly had a heart of gold, a man who loved his wife, children, grandchildren, family, and friends more than he could ever say. Just like his old dog Jake, his bark was worse than his bite.

Bill was preceded in death by his parents, William and Eileen Hicks.

Due to COVID-19 concerns, no services are planned for now. Once things return to normal- there will be a memorial service to celebrate Bill’s life.