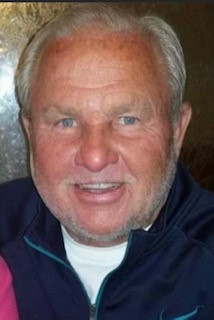 Billy was born in Detroit, MI on February 10, 1944. He lived in the Chicago metro area most of his life until he retired and built a home on Castle Rock Lake in Friendship, WI.

At age 21, Billy started a career with Benjamin Moore as a Paint Salesman where he retired after 46 years. After retirement, he worked as a Consultant for Benjamin Moore. Later in his career, he worked as a driver for Abby Vans. Billy enjoyed being active. He played hockey until he was 62 and was an avid Blackhawks fan.

Billy was a member of the Rustic Ridge Snowmobile/ATV Club and was instrumental in fundraising for the Pink Ribbon Ride which supports local residents suffering from cancer.

He is survived by Sandy his loving wife of 23 years, his son Jim Austin, his daughter Dee Breen (Bryan), his granddaughters Ava Austin and Triniti Redlin, his sisters Karen Plese (Bill) and Kathy Bogdanovic (George) and his nieces Leslie Sciturro (Jamie) and Debbie Smith, his great-nephew Dominc and his great-nieces Sydney and Talia as well as many beloved friends.

He is preceded in death by his step-children Bryan Hildebrand and Stacy Dolan.